They move with supreme athletic ability – sliding, turning back a cow, spinning or effortlessly executing a lead change. It’s clear they’re in the right job – they have the conformation, the bloodlines, the attitude and the training to do what’s asked of them, and they do it well. Match an exceptional horse with a world-class trainer and success comes naturally. 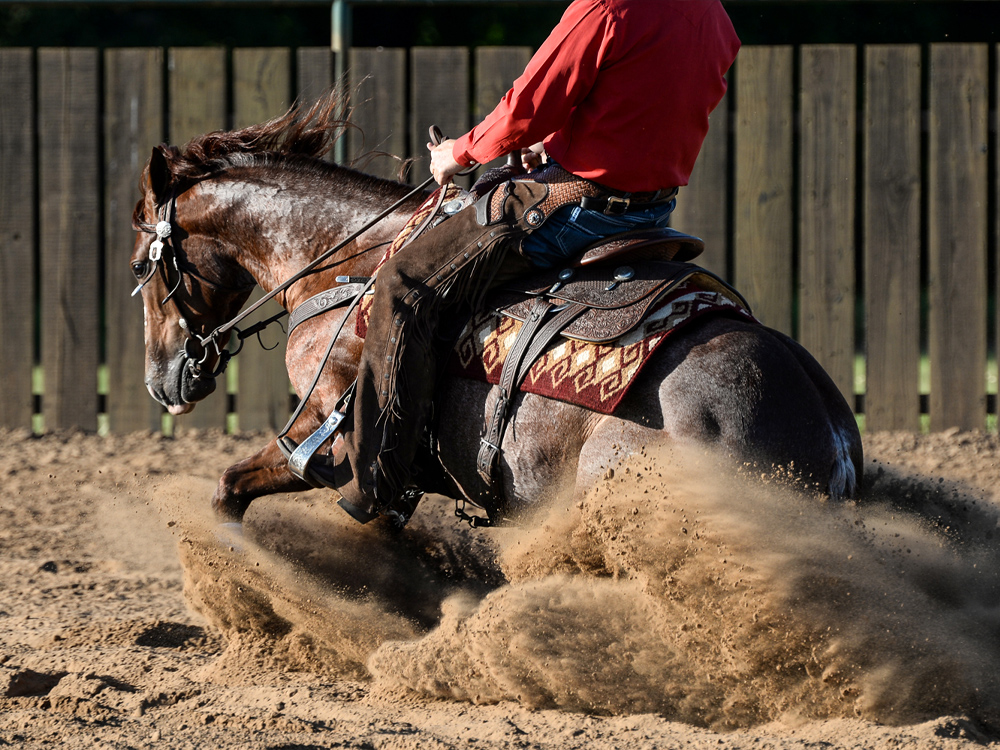 Clinton and Hulk earned a spot in the 2020 NRCHA’s Snaffle Bit Futurity Intermediate and Limited Open Finals. When the dust settled, the pair finished 15th overall in the Intermediate Open and 6th overall in the Limited Open. They earned a composite score of 634.5 and won $9,194.38. Clinton documents the gelding’s training in the Performance Horses: Reined Cow Horse Series, which is available for No Worries Club members to watch. 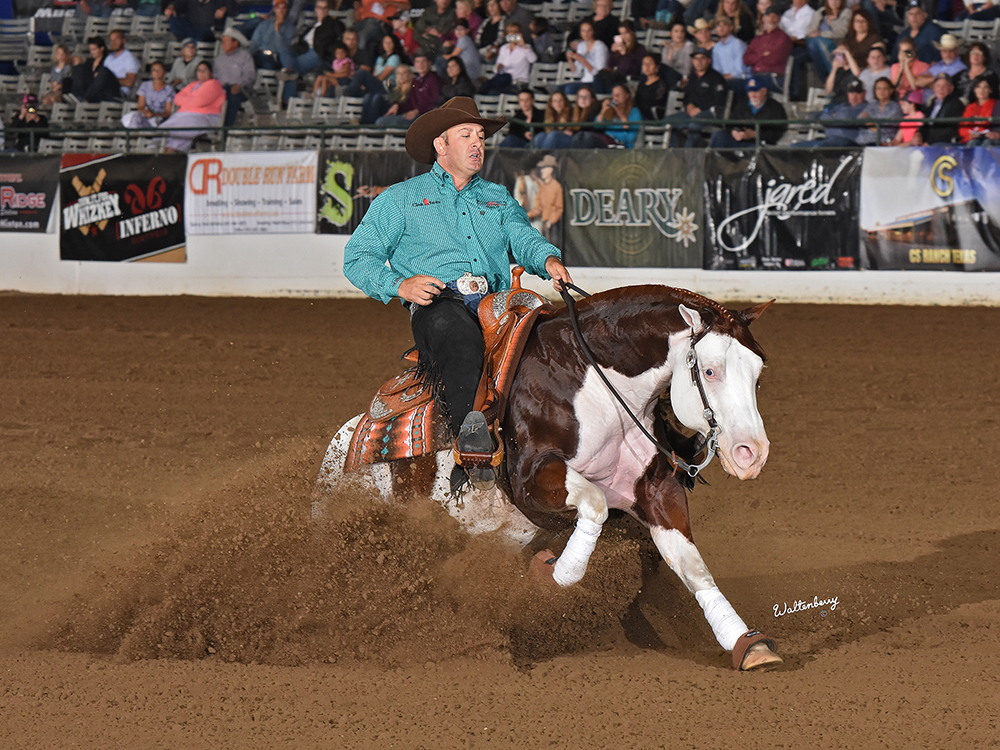 Clinton chronicled Titan’s training journey for the world to view in the YouTube series “Titan: A Legend in the Making.” Paired with Andrea Fappani, Titan won the 2018 Cactus Reining Classic Open Derby and was the 2018 NRBC Open Classic Co-Reserve Champion. 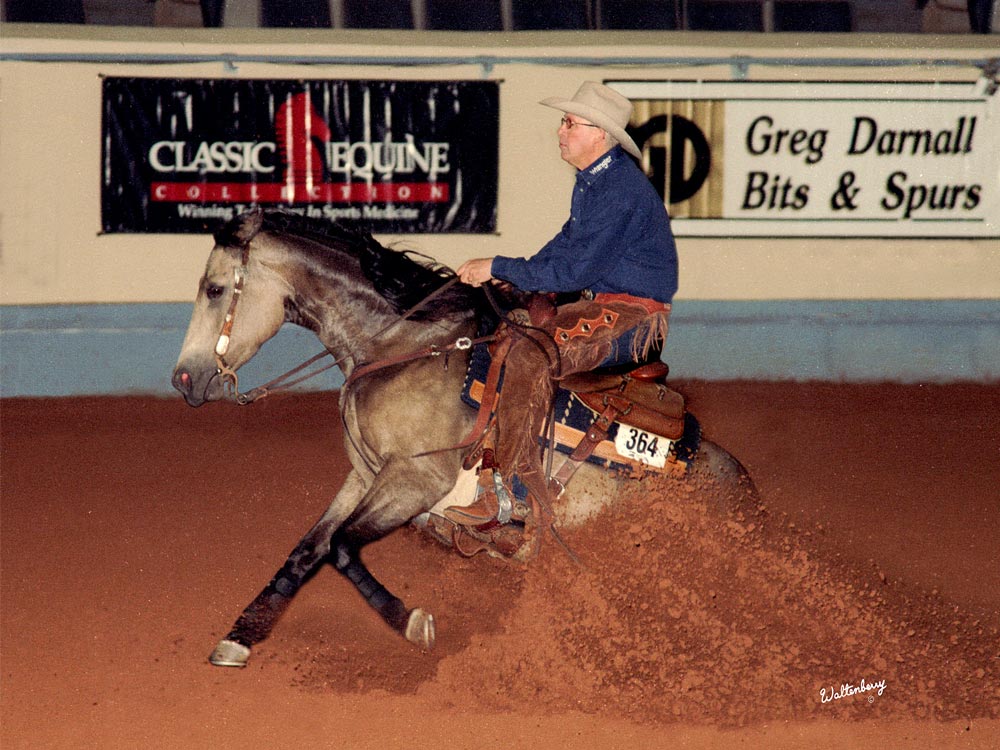 When Clinton bought Princess as an unstarted 2-year-old, he had no idea the prolific role the mare would play toward capturing his dream of breeding and showing reining horses and the impact she’d have on the reining industry as a whole. Princess was the earner of $77,002 throughout her show career and an NRHA Open Futurity and NRBC Open Derby finalist. While she stood out in the show ring, Princess left her true mark on the reining world as a broodmare. In 2009, she was named the Equi-Stat Leading Reining Dam, and her offspring have earned $801,185 to date. Her most notable offspring include Whizkey N Diamonds (lifetime earnings of $225,000+), Cromed Out Mercedes (lifetime earnings of $146,650) and Surprizentheprincess (lifetime earnings of $142,275). Although she passed away in 2012, Princess’ winning traits remain evident in Clinton’s breeding program today. Four of her daughters are included in Clinton’s standout band of broodmares. In 2016, Princess was inducted into the NRHA Hall of Fame. 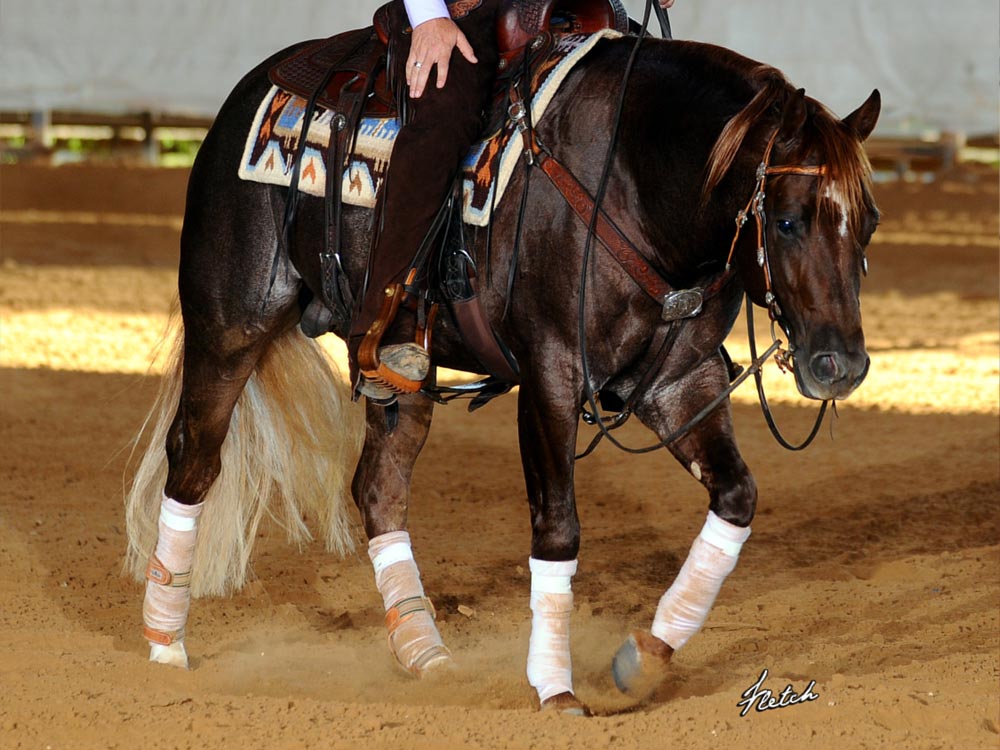 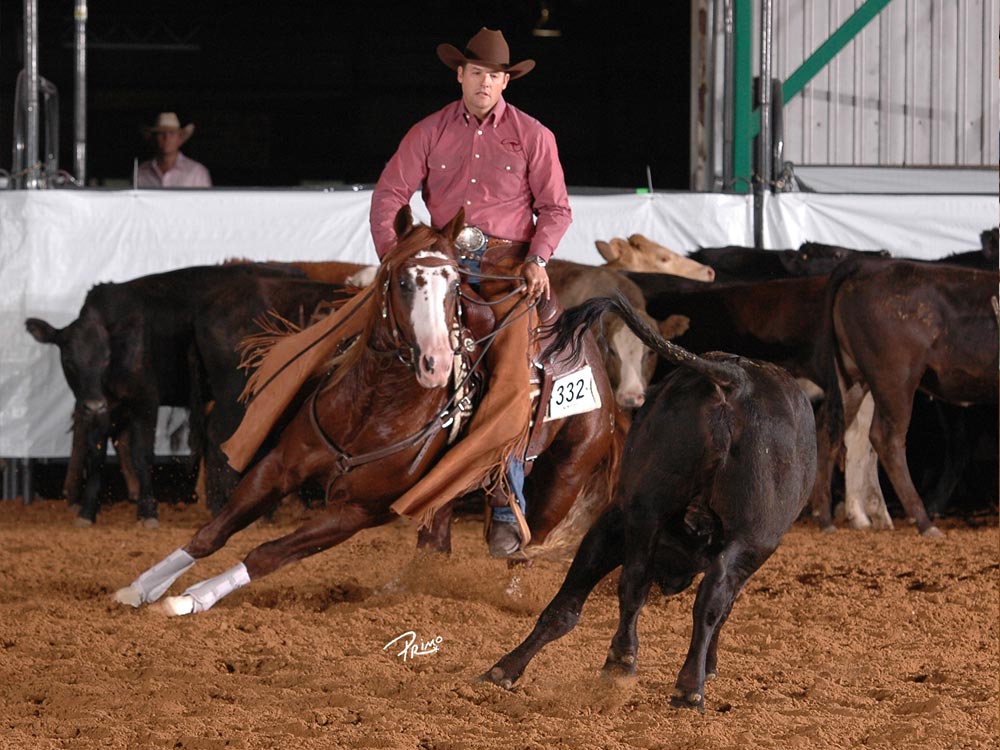 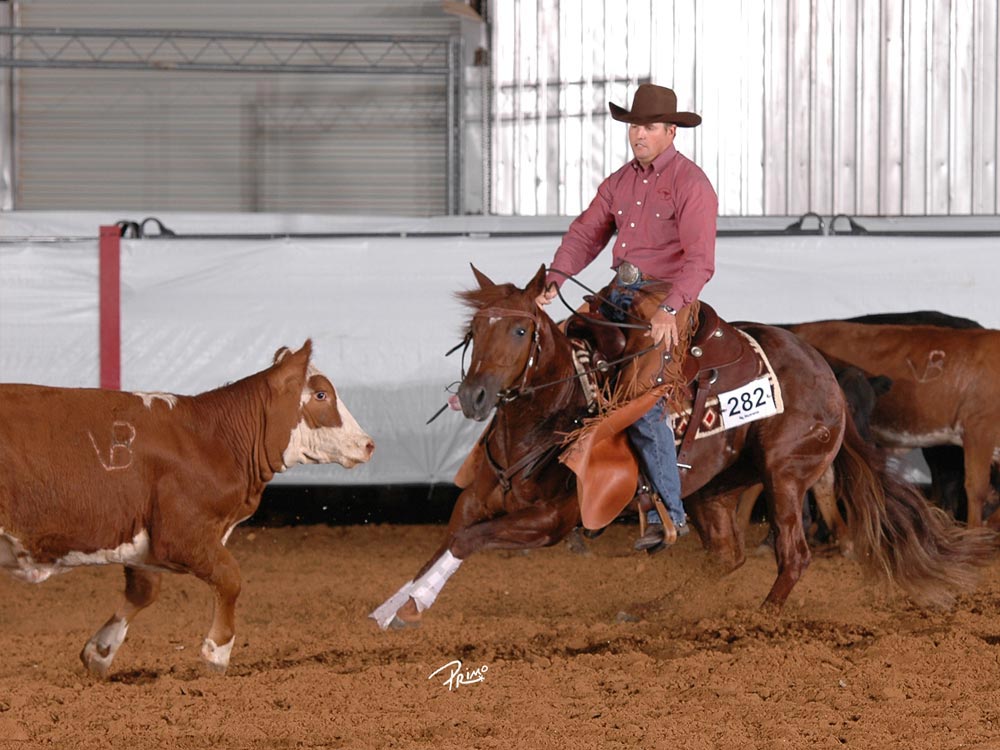 Princes On The Prowl

Princes On The Prowl 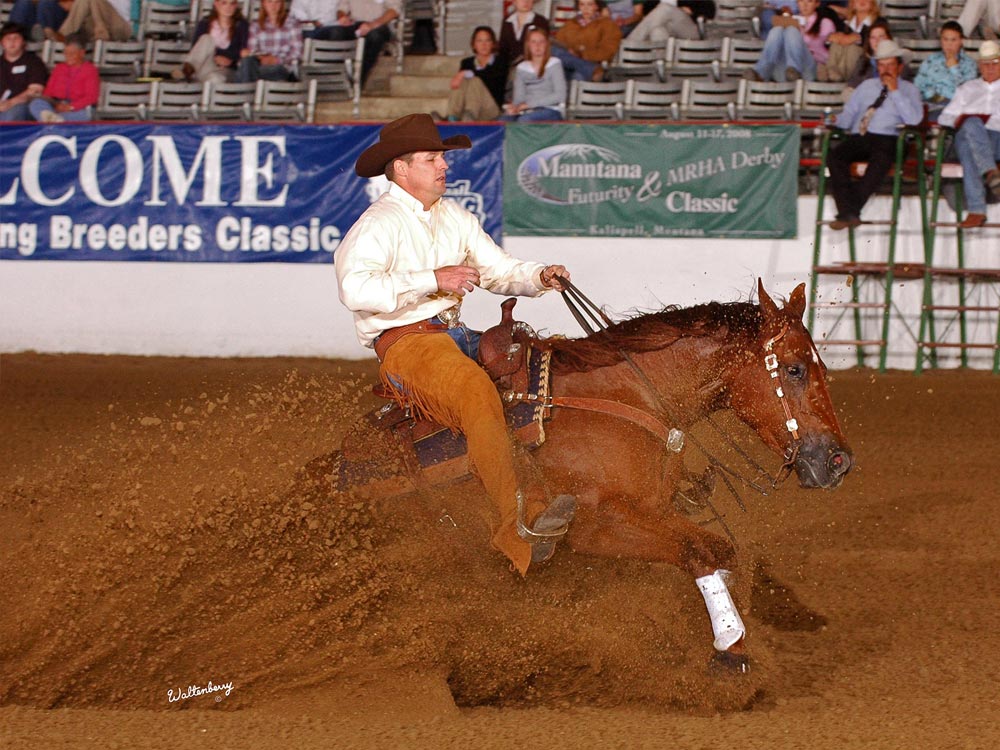 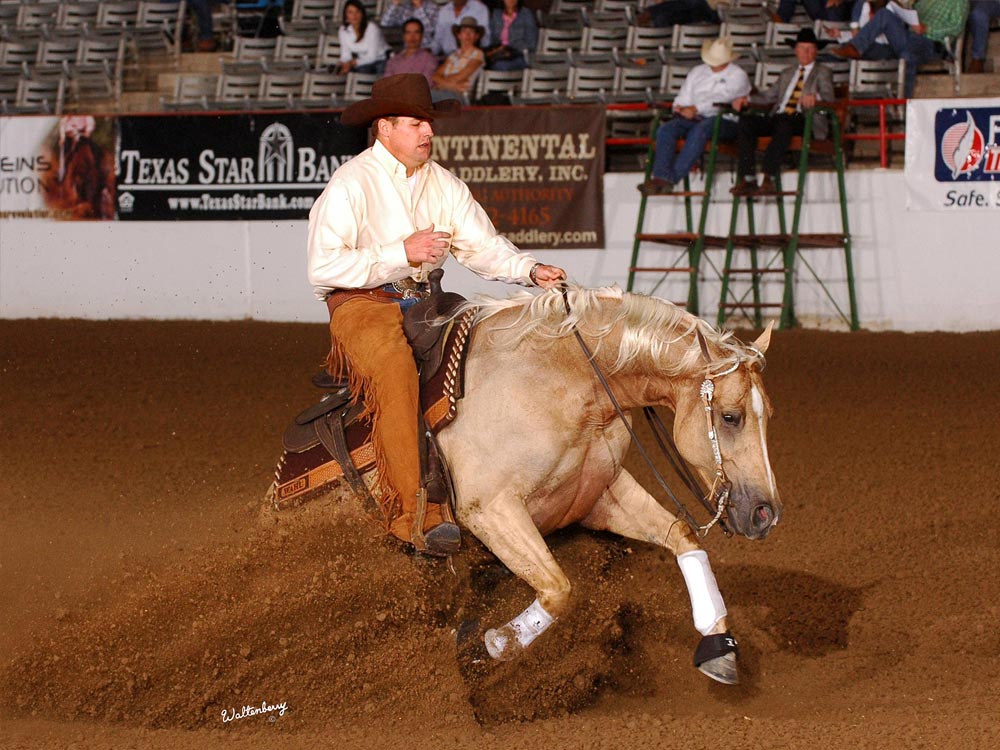 Sparkles was an NRHA Open Futurity finalist with Brent Wright in 2006, and placed in the Limited and Intermediate divisions of the 2008 National Reining Breeders Classic with Clinton. Clinton Anderson Performance Horses excel with a variety of world-class trainers and all levels of riders. 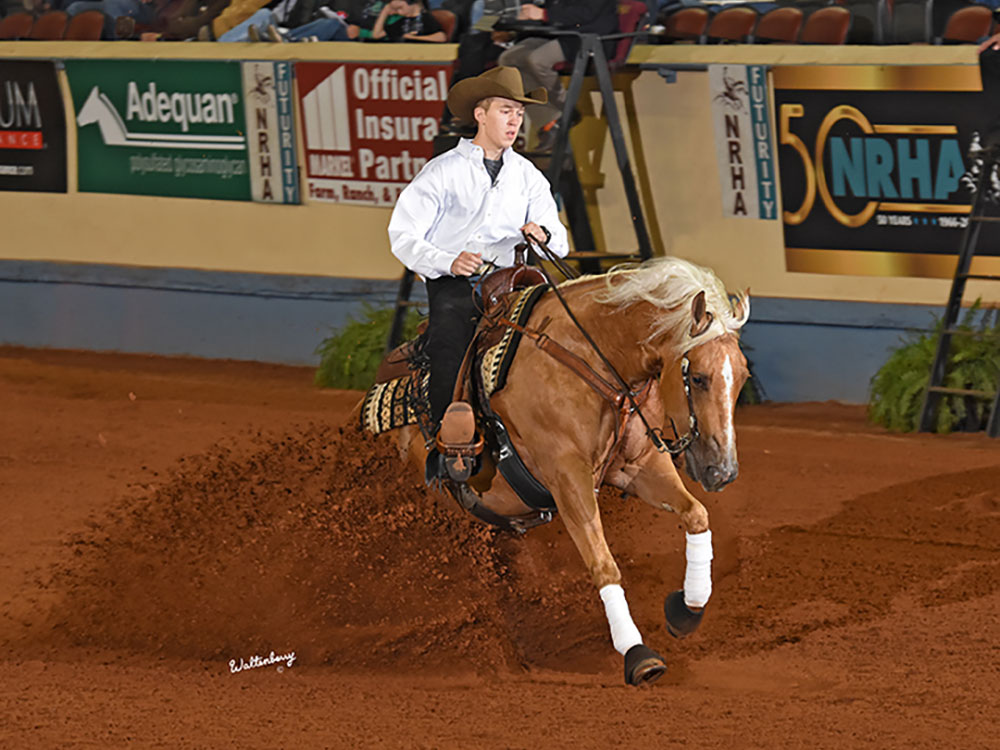 Non-Pro rider Jack Medows has had great success with this phenomenal mare. Together, they’ve won $91,603, and their competitive highlights include: 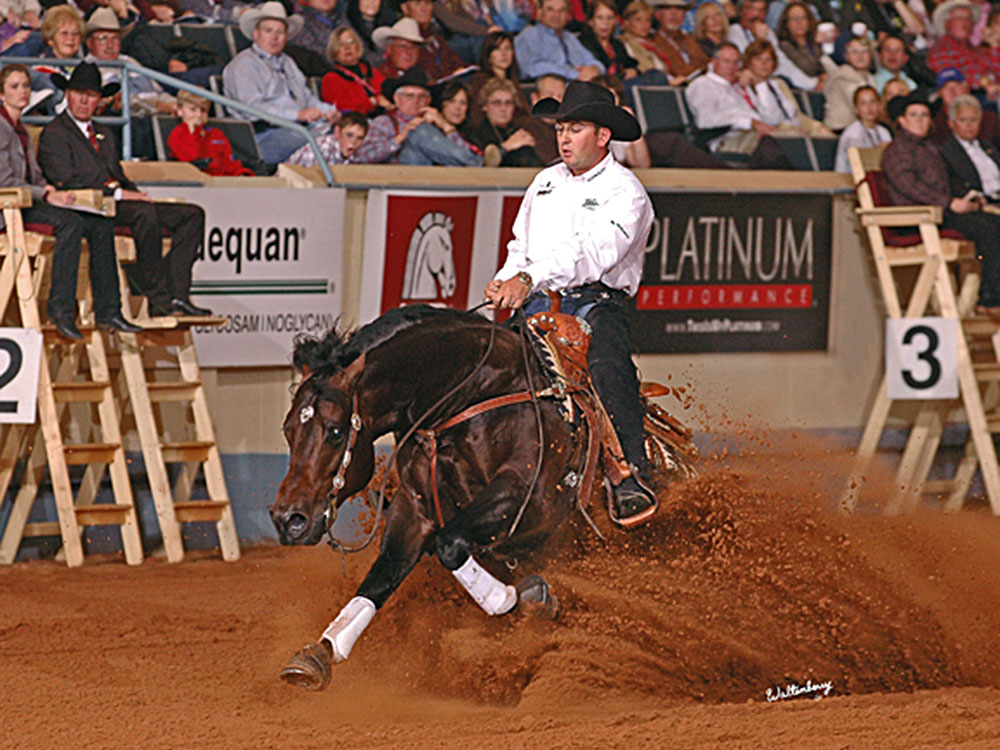 Andrea Fappani, a NRHA 3 Million Dollar Rider, rode Cromed Out Mercedes (Custom Crome x Princess In Diamonds) to career earnings of $146,645. Clinton bred, raised and started Curly at the Downunder Horsemanship Ranch, and then sold the bay colt to Andrea’s clients. After a stellar career with Andrea, Curly was sold to Bob Loomis, where he stands at stud. 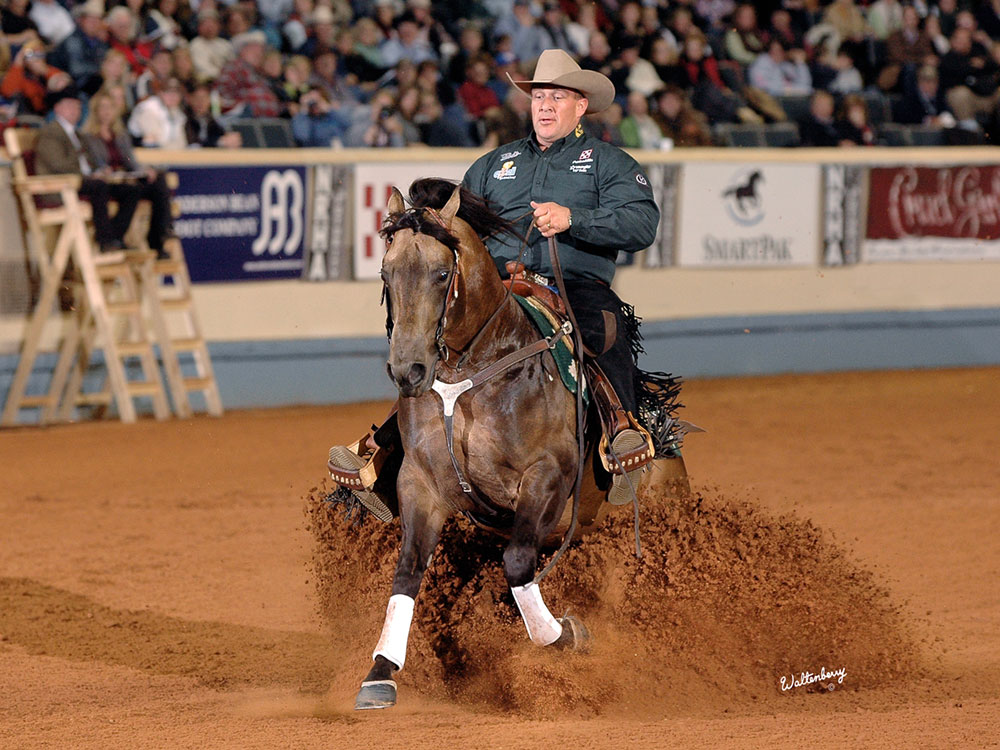 NRHA 5 Million Dollar Rider Shawn Flarida rode Whizkey N Diamonds (Topsail Whiz x Princess In Diamonds) to lifetime earnings of over $225,000. Foster was bred, raised and started at the Downunder Horsemanship Ranch and went on to become Princess In Diamonds’ most prolific offspring.

QUESTIONS/COMMENTS? FILL OUT THE FORM BELOW FOR MORE INFORMATION